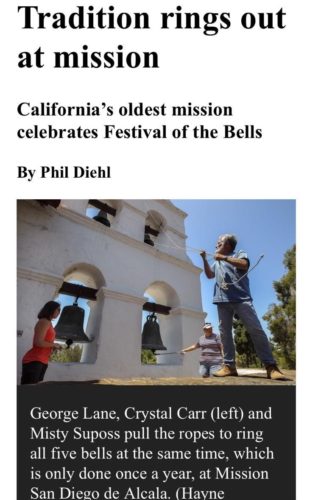 On June 13th, California’s oldest mission, held its Festival of the Bells, the only time of the year when all five church bells are rung at once. This marked the 250th anniversary of mission San Diego de Acala.

The festival, which began in 1972, reflects a time when the bells were used to call people to church services, meals, or share news.

The mission and its bells remain a part of San Diego’s culture with over 50,000 visitors every year. It continues to hold two masses a day and nine on Sundays, weddings, funerals, fiestas, fundraisers and religious celebrations.